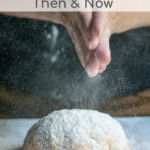 What is Southern Food?

To someone from outside the south, traditional southern foods might seem to be no more than fried chicken, grits and collard greens, with maybe a pecan pie or peach cobbler thrown in. But, to truthfully answer the question “what is southern food,” there is so much more to consider.

The culinary regions of the area have produced everything from easy southern recipes for something as simple as a biscuit, to dishes full of complexity, like gumbo. The regions themselves are at once distinct and intermingled. For example, we find barbecue all over the south, but the variations vary from place to place with each variety boasting its own legion of fervently devoted followers.

Southern cooking and the recipes that document the ingredients and methods are born from the settlers of the area. Corn was, of course, here before any settlers and the use of it in many beloved southern recipes can be credited to the original inhabitants of the land, the Native American Indians.

The Spaniards brought pork, the African people brought okra, black eyed peas and more. The French heavily influenced the cuisine in Louisiana, the Mexicans in Texas and so on.

Culinary Regions of the South

Besides the traditions that the settlers of each area brought with them, the regions of the south have roots that run deep in terms of availability, climate, proximity to the coast and the very nature of the land itself.

Keeping in mind the blurred lines of distinction, we typically see the regions as they relate to southern cooking as these:

The way we see it, though, these regions leave out the heart of the south. The inland areas that were historically farms are where many of our traditional southern food comes from. Good old “country cooking” and “soul food” have come from a region with no name.

The farms of Georgia, Alabama, Mississippi, South Carolina and even north Florida have produced classic southern comfort foods beloved by many. We’re going to call it the “Heartland” of the South.

Is there a difference between Southern Food and Soul Food?

Soul food is a fairly new term, only dating back to the 1960’s. It refers largely to the cuisine of southern black Americans.  The name itself followed the naming of music beloved by black people and known simply as “soul”.

Just like with the regions, the distinctions between the two have blurred lines. The differences can be subtle, with a lot of overlap. We are particularly referring to the landlocked area of the deep south as mentioned above (the Heartland) and the “country cooking” which is prevalent there, and how it compares to soul food.

While the name “soul food” may be new, the food and the style of cooking is not. It came from former slaves and their descendants and is known for making use of meager provisions. The lines of distinction become even more vague when you consider the great depression, and the fact that everyone was making do with what they had – black and white alike.

If being forced to point out differences we would say that soul food tends to have more powerful flavors. It leans toward being saltier, fattier and spicier, with country cooking leaning to less intensity.

A few ingredients have already been mentioned here – corn, black eyed peas, okra and pork. Many of the south’s coastal regions have the right climate and lands for growing rice, and it plays a huge and important role in traditional southern recipes like jambalaya, gumbo and Gullah red rice (or Charleston-style).

Greens like collards came over with the African people, but many other greens are prominent in southern foods too, including mustard and turnip greens.

Products of the Heartland

Peaches and pecans are big crops in the “heartland” and both are used often in pies and cakes. Pecans are the basis for cookies and candies like pralines.

Farm and garden-raised foods like tomatoes, cucumbers and squash and melons are used in numerous southern recipes and have graced the table of many traditional southern Sunday dinners.

Bourbon is king in Kentucky and other whiskeys in Tennessee, and southerners commonly use both in cooking. Bread pudding and Derby Pie wouldn’t be the same without bourbon, and we love it in sauces for steak and glazes for beef tenderloin. Of course, we can’t forget the original intent was for drinking and there is nothing like a classic mint julep, old fashioned or newer recipes like this one made with honey and orange.

Besides the obvious seafood found in Florida’s recipes, you’ll find lots of citrus.

Now, mind you, we ourselves have deep roots in Florida, and we adamantly defend its position as a southern region. In fact, one of our most beloved recipes is for Ambrosia Salad, made the way it originally was in Florida in the late 1800’s – very simply, with no fluff or puff.

All over the south, you will find recipes that had their humble beginnings with what grew wild. I was raised on mayhaw jelly and still prefer wild blackberries to those enormous berries you find in today’s markets. Additionally, there were wild mushrooms, greens, other berries, fruits and more.

To make sure you get notified of our new recipes you’ll want to sign up here. We promise never to share your information with a third party.

Like in many cuisines, southern recipes have their origins in necessity and availability. Methods of cooking and ways of serving were based on what was fresh or could be preserved. Meats and other proteins came from what could be caught, hunted for, or when the weather was appropriate for slaughtering.

While recipes were sometimes written down, it was more common in the south to learn by doing, watching, and helping. A young bride might tell her mama that she was given a “mess” of collard greens and ask how to cook them. Maybe years later that young bride has become the mother of a young woman or man herself and decides to put in writing how to prepare and cook collard greens. And thus, a “recipe” for a traditional southern dish is born. That’s exactly the way one of our most popular recipes, Cornbread Dressing, came into existence.

Church and community organization cookbooks have been common for many years in the south. Often a cook would make a dish for a potluck meal that was popular with the group. Not having a real recipe, when a cookbook became a project, so did recreating that dish. It would be made again, this time with notes of how much of “this and that” were included. A recipe is born!

How and Why Southern Recipes Have Evolved

That same availability that causes a recipe to be created can change over time. Perhaps a crop wasn’t successful one year due to drought, or there was a hurricane. A dearly loved recipe isn’t given up on entirely, it just gets adapted.

Convenience foods have contributed hugely to the changes in southern recipes, as in many other cuisines. A banana pudding that took hours to make can now be made in under an hour with the appearance of pudding mixes. Over and over we have seen this happen. Sometimes the results are worthwhile. Sometimes not so much.

After a time of enjoying the newfound gift of time from convenience foods many southern cooks have realized that the time they gained was not worth the quality they lost. And so the old ways, if they are truly better, are revived, hopefully forever.

An awareness of our health has been another big factor. Southern foods are not known for being healthy, and in many cases that reputation is well deserved. And so, in the interest of living longer, more robust lives, we’ve adapted. Lard is seldom used anymore. Fried foods are more of a special occasion treat than a typical Sunday dinner dish. Vegetables are cooked more quickly to retain nutrients.

More recently small appliances like air fryers have led the way to improve the nutritional value of dishes like “Fried Catfish” and “Fried Okra“.

The Future of Southern Food

No one can predict the future, but we can tell you the trends we see and the hopes we have.

The idea of making our food healthier and better for us is a good one. That notion has been embraced and that’s a trend we see continuing. But, like in all things, balance is the key to making any kind of change with staying power.

While all the time keeping in mind that we want healthy bodies, the recipes of the future should never compromise good taste. A perfect example is margarine vs. butter. Twenty or thirty years ago there was a common belief that butter was bad for you, and it was removed from many recipes and replaced with margarine. We now know that butter in moderation is not nearly as bad for you as the chemicals and artificial coloring often found in margarine. We knew all along that it tasted better.

Innovative cooks and chefs all over the world have embraced southern cooking and seek out its recipes and ingredients in the finest homes and restaurants out there. Hooray! They’re discovering what we have always known. This stuff is good! May that trend continue, but with an eye on the limits our southern recipes can be stretched to and still retain their “southern-ness”.

Which brings us to wrap up our look at southern food then and now.

Nothing stirs the memories of special people and places quite like food. The smell of it, the feel of the dough in your hand, the way your Mama laughed when she dragged her sleeve through the gravy, or the way she cried when she dropped a pie.

If we make too many changes without preserving our recipe heritage, we’re in danger of losing those memories.

So, try that low fat cheese in the macaroni and cheese if you like. But, if it doesn’t melt properly, go back to the full fat cheese like your Grandma used. You can cut back somewhere else that it’s less important.

Pull out an old pecan sandie recipe or another that has been around for generations like Charleston Chewies. Invite your daughter, son, or a grandchild to make them with you and maybe while you’re baking you can talk a bit about where the recipe came from and how long it’s been around.

Remember to treasure the traditions. After all, there’s a reason they became traditions in the first place.